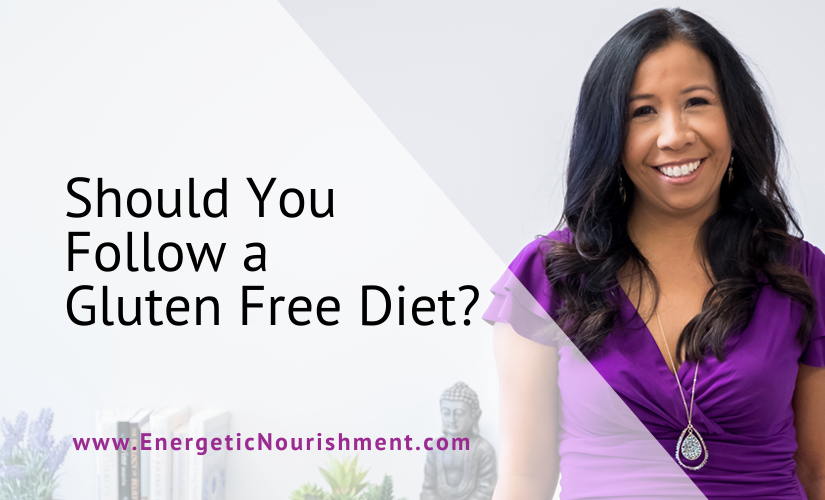 There’s a serious gluten-free frenzy out there with almost 30% of American adults saying they want to cut down on the gluten they eat or follow a gluten free diet.

Like many people, you’ve probably heard about this phenomenon but really don’t understand what gluten is or what, if anything, you should be doing about it.

Here’s the scoop on why Wheat, long hailed as the “Staff of Life” is now under attack for its role in America’s health crisis.

So What is Gluten?

Gluten is a composite of starch and protein found in grassy grains like wheat, barley rye, spelt, kamut, and some oats.  It’s found in foods that I call the obvious suspects such as bread, pasta, pizza, crackers and baked goods.  But gluten is also present in condiments like soy sauce and pre-packaged dressings, soups, gravies and marinades.   Then we have the really hidden sources of gluten in foods like hot dogs, deli meats, imitation crab and any packaged foods that contain certain ingredients like maltodextrin, malt flavoring, hydrolyzed vegetable protein or vegetable starch.

Why Is there a Disease Risk with Gluten?  Is this a new phenomenon?

Interesting to note is that gluten is actually a relative newcomer to the human diet.  Our ancestors began eating grains at the earliest, 15,000 years ago, which is a snapshot in our 2-million year history.  As a result, many people did not adapt to these significant environmental changes, so adverse effects related to gluten ingestion developed around that time.  Fast-forward to the 1950’s, an American Plant Scientist named Norman Borlaug began cross breeding wheat in attempt to address world hunger concerns.  The result was a hybridized plant that was shorter, hardier and higher yielding.  But this new wheat, with its exponentially higher amounts of starch and gluten has since proved troublesome for many people.

For some people, gluten can quite overtly be a matter of life and death.

These people have a condition known as celiac disease.  Celiac is an autoimmune disease that damages the lining of the small intestine when a person eats gluten preventing the intestine from absorbing necessary nutrients.  It triggers systemic inflammation contributing to a whole range of health problem including chronic diarrhea, abdominal cramping, depression, diabetes, osteoporosis and even certain cancers.

Once considered extremely rare in the U.S., a recent study found that rates of celiac disease have actually increased 400% in the last 50 years affecting 1% of the American population.  This translates into 1.8 million people, but sadly about 1.4 million people with the condition may not even be aware they even have it.  A recent study reported that about 47% of celiac patients are misdiagnosed, and of those with “classic” GI symptoms, 59% are told they have Irritable Bowel Syndrome.

What’s going on is we as a society are in “gluten overload”.  With our national obsession with processed carbohydrates, we are consuming over 150 lbs. of this new dwarf wheat.  Combine this with the assault on our guts from poor diet, lifestyle and over reliance on pharmaceutical drugs you create the perfect storm for the gluten intolerance and disease rates we are seeing today.

Why Do I Have to Worry About It If I Don’t Have Celiac Disease?

People with celiac disease represent only a fraction of those who are wronged by gluten.  Recent studies confirm that 7% of the population or 21 million people may suffer from a lesser understood, but no-lesser serious condition known as Non-Celiac Gluten Sensitivity.  In this case, low-level inflammatory reactions to gluten trigger the same health problems even if you don’t have full-blown celiac disease.  There is compelling new research that shows adverse reactions to gluten may result from problems in very different parts of the immune system than those implicated in celiac disease.  A major study in the Journal of the American Medical Association reported that Non-Celiac Gluten Sensitivity was shown to increase risk of death by 35 to 75 percent, mostly by causing heart disease and cancer.  Just by this mechanism alone, over 20 million Americans are at risk for heart attack, obesity, cancer and death.

Indeed, groundbreaking studies are showing that gluten has many more far-reaching effects than previously believed.  Oftentimes undiagnosed or dismissed by the medical community, gluten sensitivity masquerades as a host of other diseases.  A study in the New England Journal of Medicine listed 55 “diseases” that can be caused by eating gluten. These included osteoporosis, irritable bowel disease, inflammatory bowel disease, anemia, cancer, fatigue, canker sores as well as rheumatoid arthritis, lupus and multiple sclerosis.

Moreover, not only is the new wheat super-inflammatory, it acts like a super-drug that can impair your mental state and leave you hungry and addicted for more.  When digested, wheat is broken down into polypeptides or shorter proteins that leak across the blood brain barrier and sit on the opiate receptors in the brain.   Thus, gluten has also been linked to many neurological diseases, including anxiety, depression, schizophrenia, dementia, migraines, epilepsy and neuropathy.  It has also been linked to autism.  This super-drug quality also causes addictive eating behavior including sugar and carbohydrate cravings and binge eating, Bottom-line, is that over time, if you are gluten sensitive and you continue to eat gluten, you increase your risk for a whole host of inflammatory and autoimmune diseases.

So how do you know if gluten might be the root cause for your health challenges? Gluten sensitivity can manifest in the form of low energy, fatigue, insulin resistance, diabetes, thyroid imbalance, abdominal bloating, depression, chronic digestive problems, brain fog, skin rashes, numbness in the extremities, muscle and joint pain even problems with coordination.  And all forms, whether overt or silent of gluten sensitivity, can have devastating long-term consequences all over the body.  Gluten because of the severe inflammation it triggers throughout the whole body has wide-ranging effects on all organ systems including the brain, digestive tract, bones and joints and more.

If you suspect gluten may be negatively affecting your health, one option is to get a blood test. One of the most sensitive tests, screens for antibodies that target tissue transglutaminase (tTG for short). If you’ve got them, chances are you’ve also got celiac.

To find out if you’re gluten intolerant, you can have your blood tested for the presence of gliadin-sensitive antibodies, including IgG and IgA. If the tests turn up large numbers of these antibodies, it’s a sign that the body is in some way hostile to gluten.

At this point, follow up with a gastroenterologist who can perform an endoscopy to biopsy the lining of the small intestine and look for celiac-related damage. Be aware however, as discussed, ruling out celiac disease doesn’t in any way mean you’re off the hook with gluten. Many doctors consider elevated anti-gliadin antibodies in the absence of a positive intestinal biopsy showing damage to be “false positives.” That means the test looks positive but really isn’t significant. But the new research supports we can no longer take this approach.  In light of the new research on Non Celiac Gluten Sensitivity, if your antibodies are elevated, you should go off gluten and test to see if it is leading to your health problems.

In other words, one should consider any elevation of antibodies significant and worthy of a trial of a Gluten Elimination Diet, which is lot less expensive and invasive and widely recommended by functional medicine doctors and other holistic health practitioners. I recommend testing your gluten suspicions by eating a gluten-free diet for at least 4 weeks and see if symptoms improve.  Of course, the success of your diet is based on your ability to eliminate gluten 100% from your food.  Then after the trial period of being gluten free, eat a slice of bread and see what happens.  If you observe the onset of symptoms, such as digestive distress, brain fog, joint pain or skin troubles, you’ve got your answer.

So let’s say you’ve determined that gluten insensitivity is playing a role in your unwanted symptoms or health challenge.  Being gluten-free can still undermine your health if you eat too much processed gluten-free foods like the gluten free muffins, pizza, pasta, bread, cookies etc.   Processed junk foods containing gluten or not wreak havoc on your blood sugar balance and set the stage for the same inflammatory diseases previously mentioned.  So beware the explosion of gluten free food in your supermarket. The Gluten-Free packaged food industry, is one of the fastest growing markets today weighing in at $4.2 billion in 2012 and projected to be $6.6 billion in 2017.  Remember vegetables, fruits, beans, nuts, seeds and animal proteins are all naturally gluten-free.  Make these the foundation of your food to optimize your health.

Wheat is a super inflammatory and super addictive substance.  The problems with wheat are real and scientifically validated. So the next time you reach for that whole wheat bread, consider that it may not be that wholesome after all. Simply eliminating this insidious substance from your food can help you get to the root cause of your unwanted symptoms and health challenges and in the end put you on the path to achieve long vibrant health.

How to Befriend Your Food Cravings 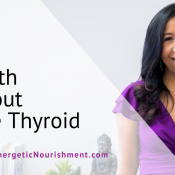 The Truth About the Thyroid 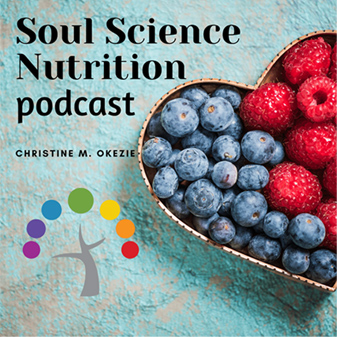